In a recent article published in the BMJ (previously known as the British Medical Journal) the results of a large epidemiological study has been published where the researchers link consumption of spicy food to health outcomes.

Based on a large prospective cohort based on the China Kadoorie Biobank researchers form China, US and the UK has studied the health effects of eating spicy food and overall mortality.

Importantly, the researchers show that the protective effect of spicy food and substantially reduced in the presence of alcoholic beverages. Similar observations in reduced mortality were made both in men and women and the researchers are observed that incidence of several diseases such as cancer, heart and respiratory disease are reduced in people who consume higher amounts of spicy food.

Interestingly the researchers also observed differences in mortality based on the source of chili spice. Men and women who consume fresh chili show higher degree of healthy effects compared to people who consumed chili power, suggesting that the quality of the food is very important as well.

The researchers suggest that this is observations may be due to the presence of additional compounds present in the fresh spices.

This study provides strong support to other observations which link diet to health. Furthermore the study demonstrate that the quality of the food is also an important factor to consider 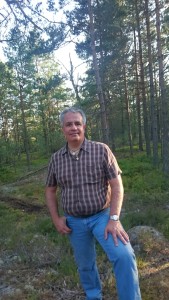